Italian goalkeeper Gianluigi Donnaruma has finally sealed his long-anticipated move to French giants Paris Saint-Germain, it has been confirmed. The former Italy Under-21 goalkeeper was allowed to leave Italian Serie A giants AC Milan at the end of last season after talks between all parties (the player, his agent, and the club) stalled. Donnaruma’s agent Mino Raiola was holding out for a more improved contract for his client that would have seen his wages increase significantly, while he was also working pocketing a huge pay from the proposed new deal. 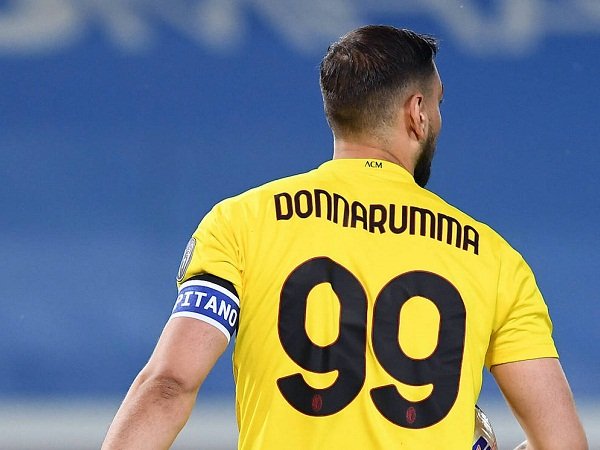 However, the signing of the contract was never meant to be as negotiations could not continue and the club decided that they were not going to bend to the player’s demands so they allowed him to leave instead. He eventually became a free agent after failing to renew his contract and only a few days later, he began negotiations with French giants Paris Saint-Germain. PSG are known to be one of the biggest clubs in the world when it comes to finances and how quick they are to pull off big-money signings.

The Paris-based club’s president conducted negotiations with Donnaruma and his agent, Raiola and they were able to be on the same page not long after their negotiations started. According to respected football transfer expert Fabrizio Romano, the keeper has now signed a new contract at PSG and will be playing at the Parc des Princes from next season.

His deal is expected to run through till 2026 as it is a five-year contract. The Italy international number one is currently away with the Azzurri on international duty and is looking to help them win the Euros 2020 before reporting for Paris Saint-Germain’s summer tour some weeks later. He is expected to be a star performer for PSG next season as they aim to win the league and Champions League titles.