Italy u21s were denied top spot in Group F of the 2023 UEFAu-21 European Championship thanks to a late equaliseragainst Sweden. 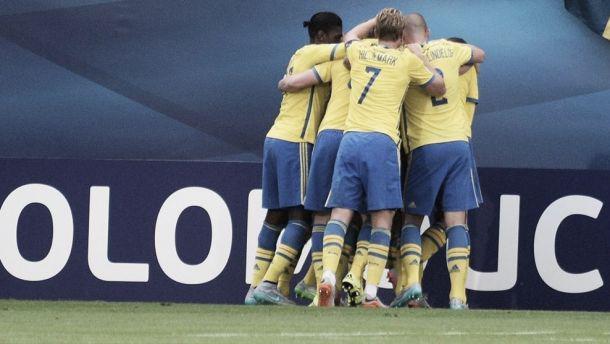 The Italian u-21 team were on their way to securing top spot in Group F after the opening goal from Pisa striker Lorenzo Lucca. Lucca gave Italy u21s the lead at home three minutes from the half-time break and they preserved the advantage until the end of the second half when the visitors struck the equaliser through Tim Prica who plays his club football for Aalborg in the Danish Superliga. Prica levelled proceedings for Sweden in the second minute of added time in the second half as the Italians had to settle for a 1-1 draw at the end of the game played at the StadioBrianteo in Monza last week Tuesday.


A win for Italy u21s would have taken them two points clear of Sweden u21s at the top of Group F. The result from the game involving both Italy and Sweden ensured that the two teams remained unbeaten in their group. Apart from Sweden and Italy, Montenegro, Republic of Ireland, Luxembourg, and Bosnia & Herzegovina are the other teams in Group F. Italy u21s have 10 points from four games in second place, while leaders Sweden u21s have 11 points from five games.

Italy u21s began their campaign in the group with an emphatic home win over Luxembourg. Lorenzo Pirola and Matteo Cancellieri were amongst the goals on the way to a 3-0 win over Luxembourg. In their next game, the Italians secured a 1-0 win at home to Montenegro thanks to a 53rd minute strike from Lorenzo Colombo. The Italy u-21 team made it three wins at the start of the qualifiers with a 2-1 away win over Bosnia & Herzegovina thanks to the goals from Caleb Okoli and Emanuel Vignali in the first half.

The Italians’ winning run spanning three games was halted by the home draw with Sweden but they still have top spot in sight if a win is recorded in their outstanding game over the Swedes.