Italian Serie A giants Juventus have changed the shirt number of Dusan Vlahovic and Federico Chiesa ahead of the new season. Changes would be made at the club personnel-wise, after the likes of Paulo Dybala and Giorgio Chiellini left. Federico Bernardeschi has also moved on, and that means there would be a lot of attractive shirt numbers available to pick from. When Chiesa joined the club, he was given the number 22 shirt because most of the other shirt numbers at the club were being occupied by top players like Cristiano Ronaldo and Dybala. 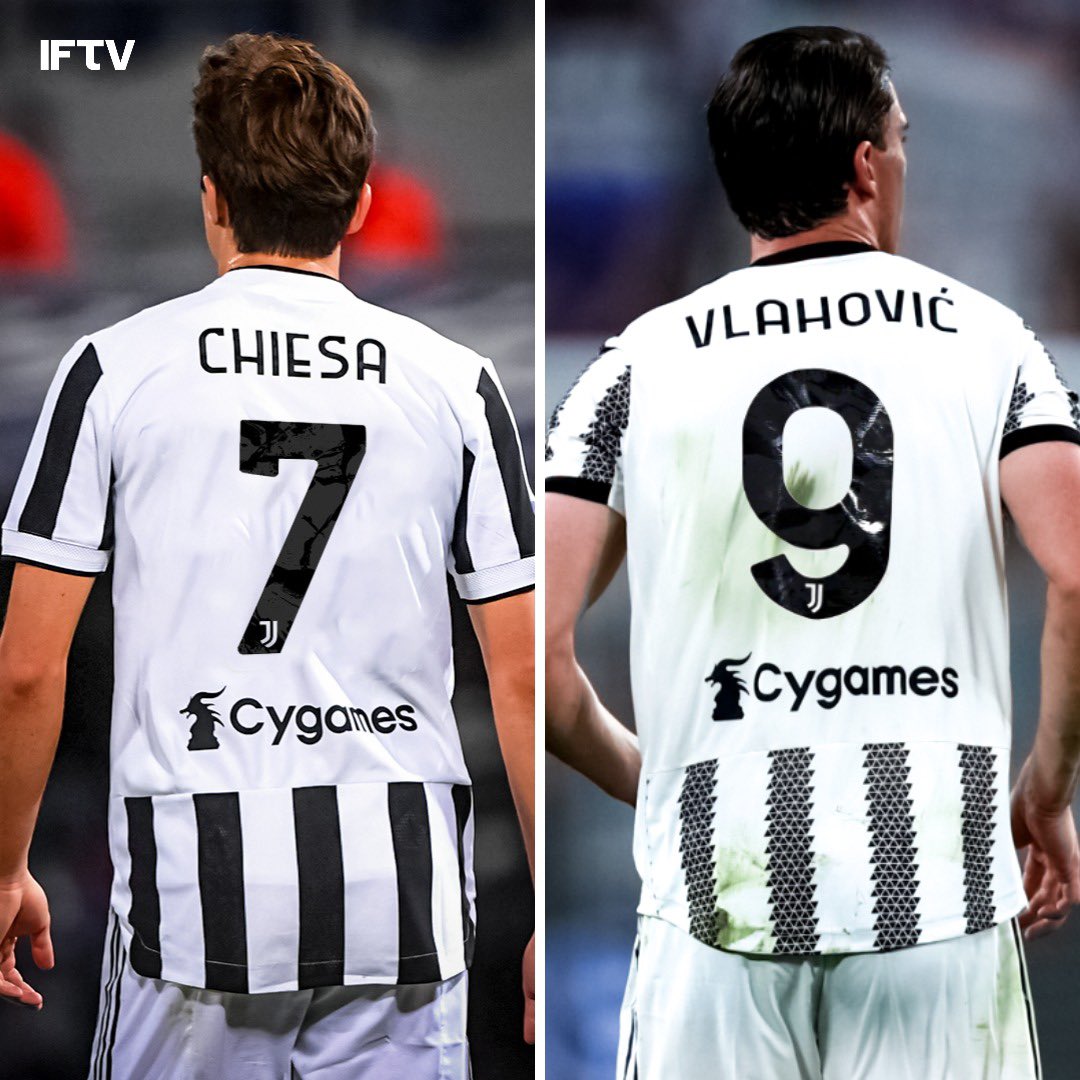 However, the club has announced, with a tweet, that the Euro 2020 winner will now wear the number 7 on his shirt. Some fans had expected Angel di Maria to take that number if he moved to the Allianz Stadium. Dusan Vlahovic chose the number 7 shirt when he moved from Fiorentina, but in a different tweet, the Bianconeri announced that he would now wear the number 9, which was vacated by Alvaro Morata.

This shirt numbers show how important these players are to us, and it makes sense that we are making them feel relevant. Chiesa and Vlahovic will need to be in top form in the coming season if we are to achieve our goals as a club. Max Allegri will build the team around them, and we can be confident that they will deliver. The former Italy U21 international stars will be hoping that their respective new numbers will bring them luck ahead of the new season starting in a ciuooe of weeks from now.

Juventus finished last season without any trophy to their name and they will be hoping that all their players toughen up, become better, and become available and ready to fight for every single title that they will be competing for in the new season.