Young Italian midfielder Sandro Tonali was one of the standout performers for AC Milan as the Rossoneri returning to winning ways in the Italian Serie A with the big win at the home of AS Roma. In what was the biggest game last weekend in the Italian top flight, AC Milan beat AS Roma 2-1 at the StadioOlimpicoto get their quest for the league title back on track and end the recent poor run of two successive defeats in the league. AC Milan were at the summit until the defeats to Spezia and Inter Milan in the Milan Derby last month. The Rossoneri were on the end of a 2-0 defeat at the hands of hosts Spezia before the 3-0 home defeat to Inter Milan. As a result of the defeats, AC Milan have dropped to second place on the league standings and they are now four points off Inter Milan at the summit. 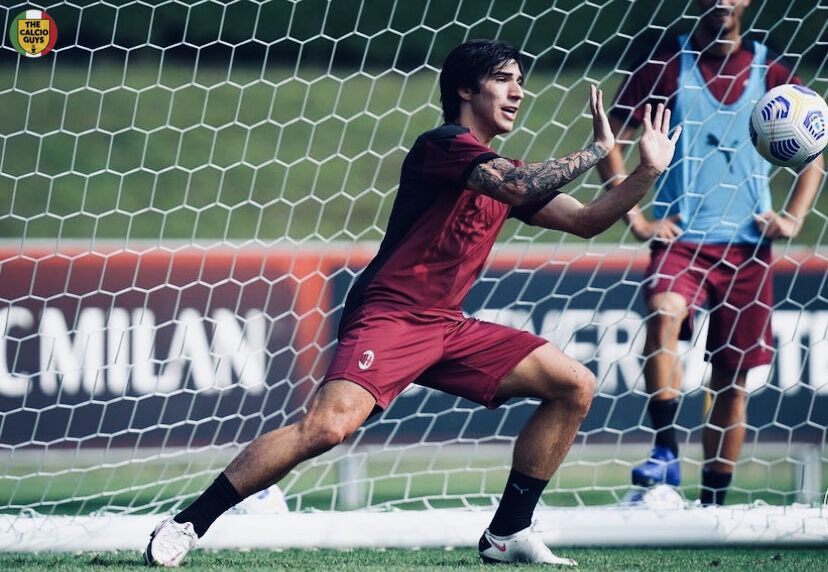 SandroTonali has previously played for the Italy u21s and he was handed a rare league start in recent weeks and he showed Milan manager Stefano Poli what has been missing in the Milan midfield in recent weeks. He was excellent against AS Roma and the Italian midfielder played 83 minutes before being subbed off for new signing SoualihoMeite. Meite has been responsible for the reduced game time for SandroTonali in recent weeks in the league. Soualiho signed for AC Milan on loan from fellow Italian football top flight team Torino. SandroTonali played for the u21s some years ago but he is now in the running to be part of the Italy squad for the upcoming European Championships. SandroTonali made his debut for the Italy u21s against Austria in a goalless draw on March 19, 2001. The match between Italy u21s and Austria u21s was played in Trieste. He was also with the Italy u21s at the 2019 u-21 European Championships.